Lots of holes and dips

Reported via mobile in the Roads/highways category anonymously at 19:42, Tue 10 November 2020 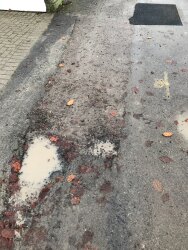 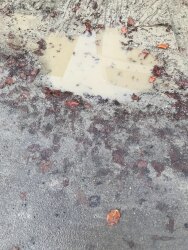 The road had small holes already which have been made a lot worse and deeper after the burst water main which resulted in people ignoring the road closed signs and using our drive and other neighbours to turn around in, this along with the water has made a number of holes bigger, the photos show the road just outside of our house, others are the same, where the road was dug up for the water leak the road has cracked around the tarmac that has just been put down (badly, the road is higher than the tarmac) both sides of the road dip down and are in dire need of general maintenance along with the holes