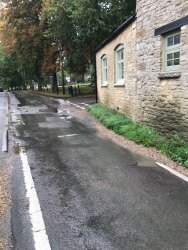 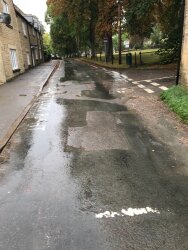 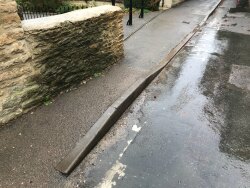 Splash damage to private walls because of failure of Oxfordshire Highways to repair Road surface. This was reported in 2017 and no action has been taken.