Drain has been filled in / covered up 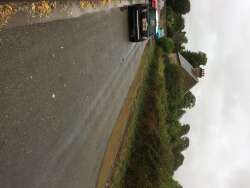 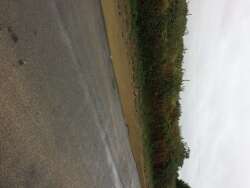 The drain seems to have been removed / filled in during the installation of fibre network. As a result, the road is flooding even after a short shower.