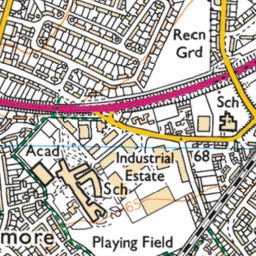 I want to report a problem with cars joining the eastern by pass from Sandy Lane West. Some drivers joining the Easterny by pass from SANDY lane West appear to believe they have right of way onto the by pass. I have had over the last 2 years had drivers almost hit my car as they come flying onto the by pass. I nearly had accident this morning. If I am able I will move to the outside lane if I see a car wanting to join the by pass but sometimes this is not possible. May be renew the paint for Give away sign on the road or make it a stop sign there.